HomeEntertainment10 Cars From Your Childhood You Wish You Could Loan

10 Cars From Your Childhood You Wish You Could Loan

So what do the Aston Martin, Rolls Royce and Ferrari have in common?

Well, apart from their price tags and a majority of people’s inability to acquire a car loan for one of these bad boys,  they weren’t anybody’s dream cars as a child.

Car Loan World takes its readers down memory lane to revisits the hunks of metal that stole our imaginative, naïve hearts before we were even familiar with concepts such as pre-approved car loans. Made famous in: The Muppet Movie

For anyone who’s ever dreamed of chasing stardom with a certain froggy best friend, no car could be as befitting as Fozzi’s Uncle’s Studebaker. With a custom paint job like no other (and really, there has been no other), it’s hard to believe this car doesn’t have a compartment full of streets rainbow paddle pops and runs on beams of rainbows. 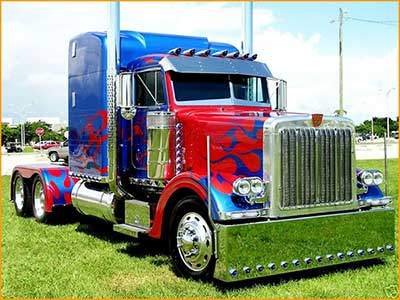 Special Features: Leader of the Autobots

What better way to stop the epic battle between Autobots and Decepticons and save planet Earth then behind the awesome wheels of your Bumblebee best friend, which also happens to be a 2009 Chevrolet Camaro? Doing it under the leadership of Optimus Prime’s, that’s what.

Special features: Winner of Most Sassiest Car, Ever.

Made in 1968, The Love Bug was the first in a series of movies made by Walt Disney Productions that stared a white 1964 Volkswagen racing beetle named Herbie. Notorious for being the first car with a mind of it’s own, as long as you’re on Herbie’s good side, you won’t get pee’d on with oil. Whether you love him or fear him (hello, have you seen him go turbo in Herbie Goes Bananas?), there’s no denying this car was responsible for a lot of laughs that make up for the dreams of being eaten by this tiny car with gagdets. Made famous in: The Green Hornet

Forget Kato, the Green Hornet’s coolest sidekick is his car. The masked crime-fighting vigilante used a weapons-laden Chrysler Imperial Crown nicknamed Black Beauty in the 1966 television show. Behind the Batmobile, this car has got to be the second best vigilante weapons-car, ever. 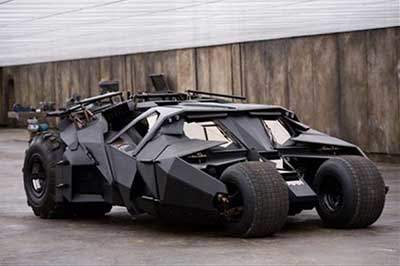 Type of car: From Tumblers to Hot Rods, The Batmobile has evolved from a 1955 Ford Lincoln Futura to a 2005 Lamborghini Tank.

First introduced in the horrible American television series, Batman, it’s no surprise that The Batmobile was the show’s saving grace and shining star. Over the years, it’s going under the knife and emerged sleeker, better and more badass. With the most recent Batmobile appearing in Batman Begins, The Dark Knight and The Dark Night Rises, the Tumbler is the coolest vigilante machine out – for the love of Batman, the car hovers! So for all you jokers out there…Batman’s car is better than yours. 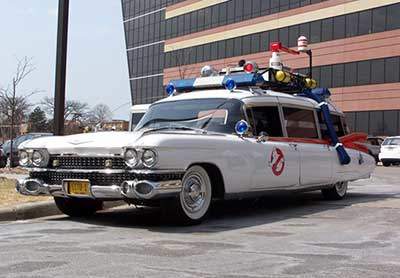 Special features: Has everything you need to bust ghosts

Nicknamed Ecto-1, the white end loading modified ambulance/hearse made around with the four ghost-exterminators when they were off ghost busting. So it needs some suspension work…brakes, brake pads, lining, a steering box, transmission, rear-end. New rings, mufflers and some wiring, you can’t tell us that you didn’t want the Ecto-1 to fight off those ghosts hiding under your bed. I mean, what? 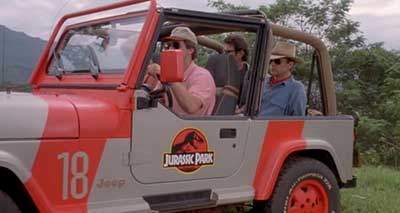 If you’re going to be stuck on Isla Nublar fighting cloned dinosaurs, no other car and rough the harsh terrains better than the Jurassic park Explorer. With its custom camouflage paint job, The Explorer is probably anyone’s only chance of out running a Tyrannosaurus Rex. Special features: innovative security locks, can be driven sitting in a chair on top of the car itself

Made famous in: The Mr. Bean Franchise

Who wouldn’t want a car driven by a man who possesses the ability to make generations laugh without uttering a single word? We’ll tell you – no one! This adorable mini has been through a lot. From enduring a long-standing feuded with a certain light blue Relient Regal Supervan; this little trooper has bared witness to Mr. Bean getting dressed in it and subjected to him driving it while sitting in an armchair strapped to the roof. 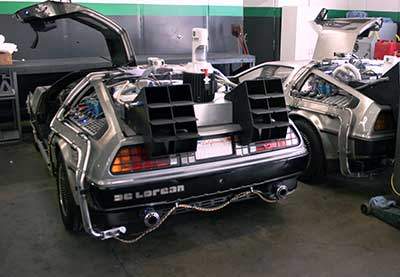 Special features: It can travel back in time

“The way I see it, if you’re gonna build a time machine into a car, why not do it with some style.”

Ladies, please, one at a time! No pick up line beats, ‘my car can go back to the future’, am I right ladies? This extremely ill fated Irish sports car was capable of breaking the laws of quantum physics. Modified with a flux capacitor and a stratigically placed nuclear generator, when travelling at precisely 88 mph, the DMC 12 was capable of time-travel.

SAVING THE BEST FOR LAST… Special Features: Crimes were solved in it

Made famous in: The Scooby-Doo Franchise

Awards to coolest van, ever goes to The Mystery Machine!

Personally, the coolest car of my childhood has got to be Scooby-Doo’s Mystery Machine. Talking dog aside, there’s something incredibly enticing about driving around with a group of your closet friends solving crimes with your talking dog.

What were your childhood car-favorites?